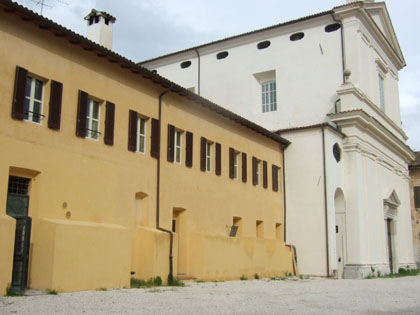 The amphitheater was built perhaps in the II A.D century. Place of the city huntings it is transformed from Totila, who occupies Spoleto in 545, in fortified garrison; the medieval hagiographers stage in this area the narrations of martyrdoms and tortures of the local saints; in the 13th century the arches of the ambulatory are mostly used as shops and warehouses for traders and in the following century the whole building becomes a stone quarry to supply the construction of the papal fortress; up to the cavea and the arena the church of St. Gregorio Minore and the monastery of the Palace were built. Among the various activities that were accommodated in the ambulatory there was Piccini’s workshop for the manufacture of beds and furniture in iron. A visit to the Monastero della Stella is still interesting because it offers the chance to know, also after many changes, the residence of the richest monastic community of Spoleto which born in order to attend to a great hospice. In fact in 1254, since the ancient hospital of St. Gregorio Maggiore becomes unsuited, bishop Bartolomeo Accoramboni sponsors the construction of a new hospital that had to welcome not only patients but also poor and pilgrims and especially the foundlings.

he care of the hospital was entrusted to the enclosed nuns of St. Augustine coming from the monastery of St. Thomas and to the lay brothers following the rule of St. Augustine whose symbol was a white six-pointed star (or eight): from here the name of St. Maria della Stella referred to the nuns church and of St. Stefano della Stella referred to the oratory completed in 1259, next to the hospital. The unusual religious community enjoyed special privileges and a real freedom also towards the bishop. In 1443, after the Pope Eugene IV released the nuns from the obligation of the hospital services, the aristocratic nuns of the Monastery cultivated literature and music and they became famous in Spoleto for their jobs of embroidery. 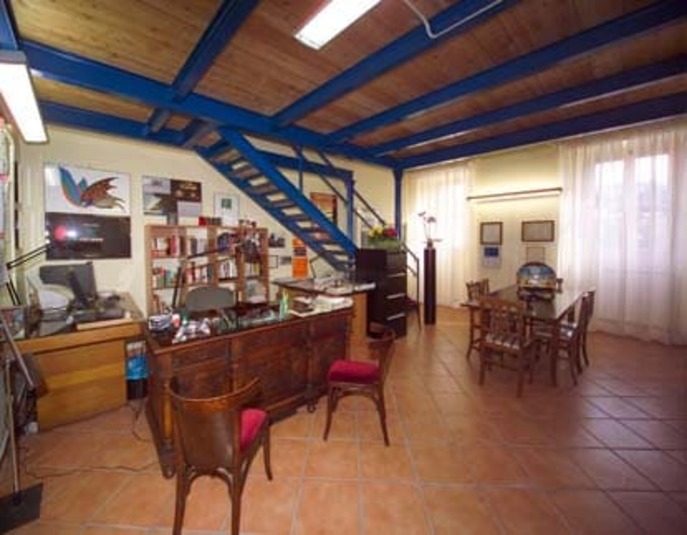 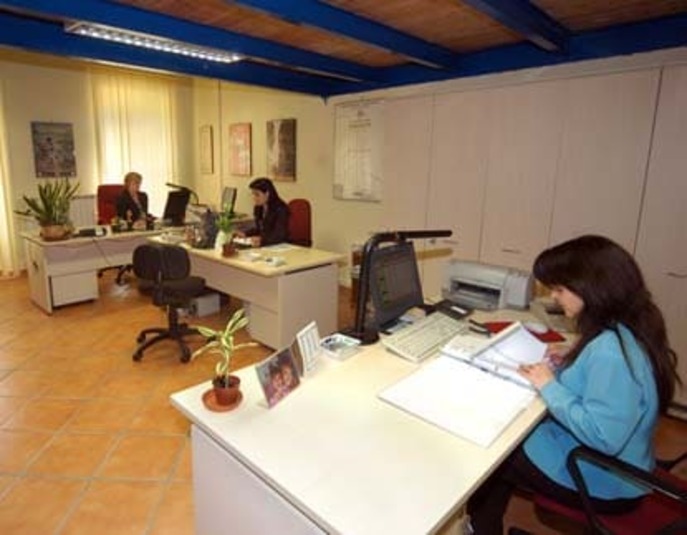 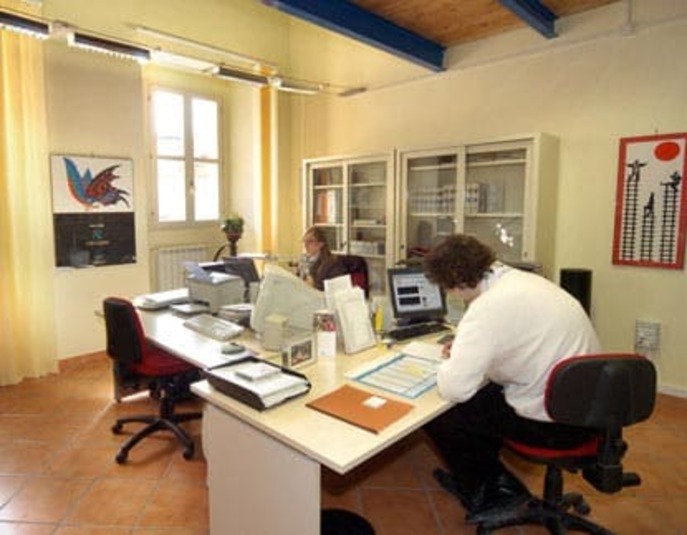 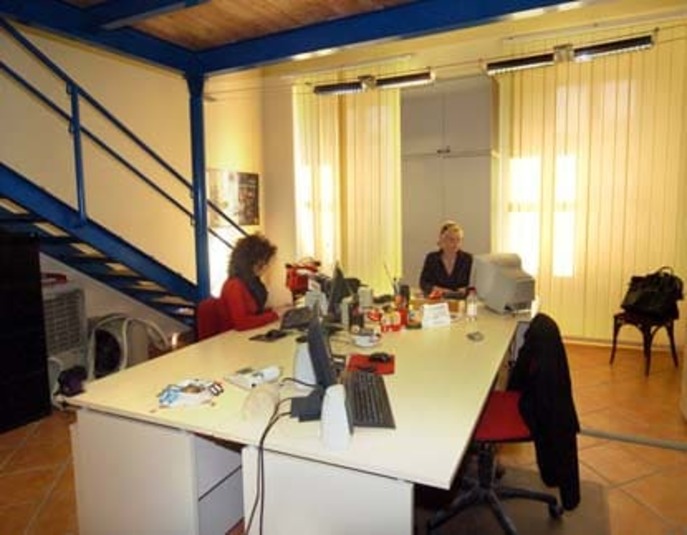 The video and tape library of Teatro Lirico Sperimentale di Spoleto is composed of audio and video documents that are part of the historical archives of the institution (Centro Studi Belli-Argiris); they are specific documents placed in the 15th and 16th series of the archives.

The 15th series keeps unpublished video documents concerning the activity of the Institution since 1984: conferences, concerts, operas recorded in different formats; copies for use and back-up copies have been made in DVD format. This series is composed of 712 documents which are catalogued and available for consultation. The 16th series keeps unpublished audio documents: around 870 documents from 1964 to 2007, recorded in different formats, catalogued and available for consultation.

For each original document there are copies for use and back-up copies on CD format. The collections of published audio-video material given to Teatro Lirico or bought by Teatro Lirico are part of the video and tape library of the Institution. There are rare musical editions which have been arranged, catalogued and copied on CD format for use and safety. 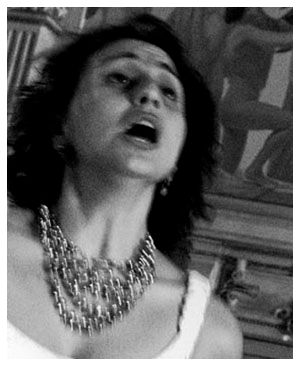 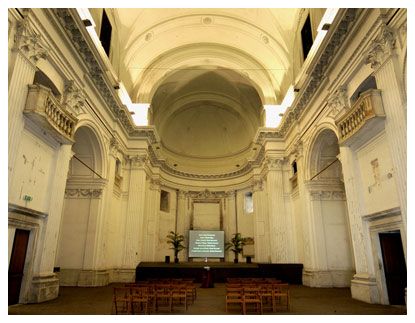 Inside the area of the Monastero della Stella there is a eighteenth-century church and some sixteenth-century monastic buildings used as offices and lodgings. The church consecrated to St. Stefano and Tommaso is one of the best evidence of the neoclassic style of the last eighteenth-century architecture in Spoleto; it was built from 1786 to 1793 on the basis of a design of Battista Dotti. The refined interior is a wide hall divided in big deeply enclosed niches and marble lined altars. The same refined taste is represented by enriched stucco decoration and by some details such as the doors and the high altar flanked with free columns. Some of the eighteenth-century paintings by S. Parrocel and J.A. Calvi which decorated the altars are today kept at the municipal picture-gallery and in San Nicolò. At present the deconsecrated church is used as auditorium.
(source: L'Umbria, Manuali per il territorio, Ed. Edindustria Roma 1978)

The Hall which is situated in the Complesso Madonna della Stella has been named after the famous composer Goffredo Petrassi and is used as a room for didactic activities, rehearsals and meetings. In 1979 the Board of Directors of Teatro Lirico Sperimentale di Spoleto “A. Belli” appointed as Honorary President Maestro Goffredo Petrassi, who since 1977 had collaborated concretely and competently as a member of the Board. He accepted the appointment as a personal recognition and kept it until his departure.

Goffredo Petrassi passed away on March 3rd 2003 in his Rome house, at the age of 98.

After the restoration of the Complesso Madonna della Stella, the Goffredo Petrassi Hall has been used as concert hall and as rehearsal room for those singers and musicians who are improving their musical skills with Teatro Lirico Sperimentale “A. Belli” 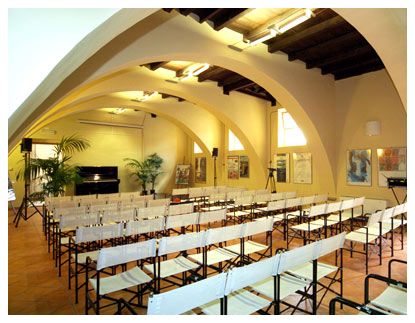 Petrassi was born at Zagarolo, near Rome in 1904. He died on March 3rd 2003. He entered the Santa Cecilia Conservatory in Rome and he stepped into the limelight by teaching, conducting and composing. He is considered one of the most influential Italian composers of the twentieth century, attentive to the evolution of the musical language and to the different cultural fields.In his works there is a continuos pursuit of every instrumental possibility, of every effect of timbre, by using a writing linked both to neoclassical style and to avant-garde style, always realized though a personal and exemplary indipendence.He was interested in the music of XVI and XVII century and in the works composed by Stravinskij and Casella. 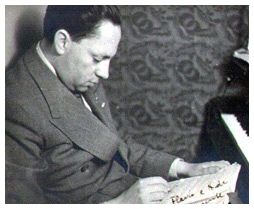 Among his compositions it is impossible not to remind Coro di morti performed in the Opera House of Rome with choreography by Aurel Milloss and scenery by Mario Mafai and La follia di Orlando, with costumes and scenery by Orfeo Tamburi, who made also a portrait of him.In 1944 his friendship with Roman artists leads him to take part in the exhibition-competition dedicated by Galleria del Secolo to the relationships between painting and music. He wrote an introductory text speaking about a “Roman school of music”. He took from his teacher Alfredo Casella the passion for collecting. In his collections there are some works by Renato Guttuso, Alberto Ziveri, De Pisis and Morandi.